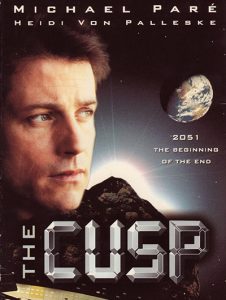 A massive asteroid is diverted to Earth to augment depleted resources. The eight-crew spaceship has been steering the asteroid from deep space for months. Days away from Earth, its’ Captain is murdered. First Officer Bowden (Michael Paré, Streets of Fire, The Philadelphia Experiment) takes command. When the navigator is killed Bowden learns of a plot moving the asteroid toward Earth impact.

Continue to The Cusp page 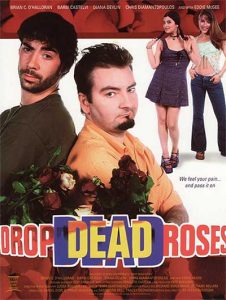 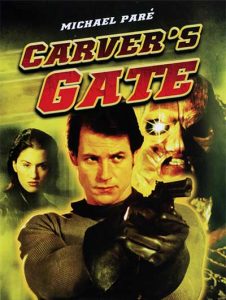 100 Years into the future, mankind faces extinction and finds its only stimulation in the virtual reality game AFTERLIFE. Carver (Michael Pare) is a tough Cybercop who polices the line between VR fantasies and lethal VR addictions. The murder of Diana, AFTERLIFE’s beautiful inventor, draws Carver down into grisly, alternative underworlds, defined by outstanding special effects.

Continue to the Carver’s Gate page 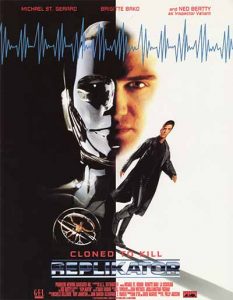 “RepliKation”, the ability to duplicate anything, including humans, developed for medical transplant use is put to an evil end when a ruthless criminal gains control of the technology. A street-smart cop (Ned Beatty) and two cyber hackers (Brigette Bako, Strange Days and Michael St Gerrard, Hairspray, Great Balls of Fire) are caught in a race against time to stop this criminal’s experiment from spinning out of control.

Continue to the RepliKator page 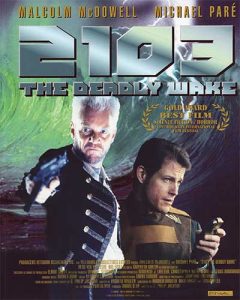 Proxate corporation recruits disgraced Captain Murdoch (Malcolm McDowell, A Clockwork Orange, The Philadelphia Experiment) offering him a new identity. All he has to do is complete one mission from the artificial island-state Proxate City, for his honor to be restored.

Continue to 2103 The Deadly Wake page 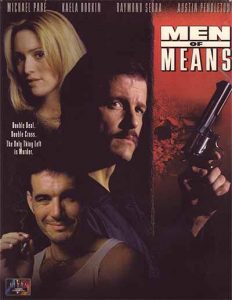 Having ruined his brilliant college football career through his own mistakes, Rico (Michael Paré, Streets of Fire, The Philadelphia Experiment) must now decide whether to continue in complacent servitude as the collection muscle for a vicious Brooklyn mobster, or to look for the window of opportunity that will provide a better life for him and save his brother Joey from following his dark path.

Continue to the Men Of Means page 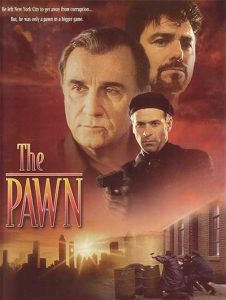 Cannes award winning director Clay Boris helms this explosive, story of Ray Harlan (Greg Evigan, Journey to the Center of the Earth, BJ & the Bear), a cop who has moved back to his home town in search of a life less stressful than his old New York City beat. Harlan’s search is curtailed when a heist gone wrong spirals him into a world of corruption.

Continue to The Pawn page 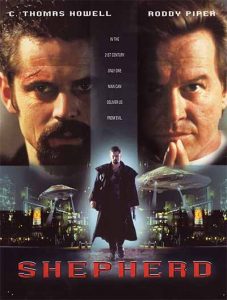 CE N’EST PAS MOI (AKA The Cop, The Crook and the Priest)

The All New Adventures of 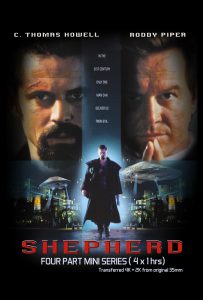 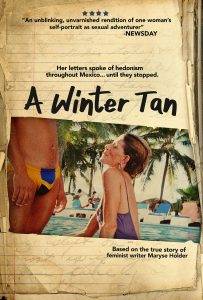 In A Winter Tan, Jackie Burroughs stars as an astutely fictionalized Maryse Holder, a teacher, an intellectual of her time and ultimately, ill-fated feminist author who met an untimely death in Acapulco.

Continue to the A Winter Tan page 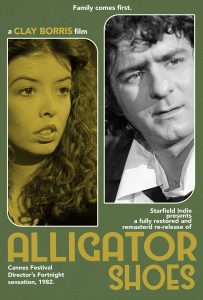 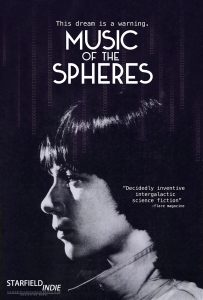 MUSIC OF THE SPHERES

It’s 2017, not too long after the ecologically precipitated collapse of the super-powers. A bureaucratic technocracy arises from the ruins. This new society is dependent upon a conscious computer that accounts for the balance of ecology within the operation of the economy.

Melody is a psychic woman who shares her mind with a computer to give it a Human dimension. Her attempts to bridge the gap between human and machine give her a new insight that could either lead humanity to salvation or it’s complete destruction.

Continue to the Music of the Spheres page 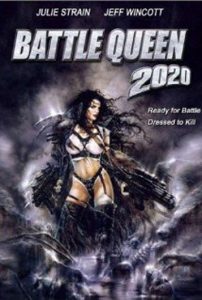 Hot action in a frozen world sets the stage for this sexy sci-fi thriller. In the year 2020, after the Earth has been plunged into a second Ice Age, most of humanity has perished and the handful of survivors are ruled by The Elite, surface-dwelling overlords who control the planet’s dwindling resources as the others live a hand-to-mouth existence in crude underground cities.

Continue to the BattleQueen 2020 page 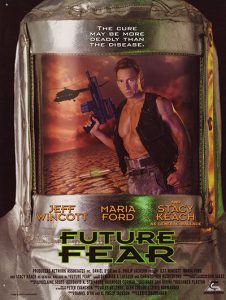 The cure may be more deadly than the disease.

Future Fear; a fast paced, high-tech, action motion picture starring Jeff Wincott(Last Man Standing, The Killing Man, Open Fire) as genetic scientist Dr. John Denniel. He and his military wife (Maria Ford, Dark Planet, Night Hunter) battle a race against time to find the cure to a flesh-eating virus that found it’s way to Earth on a probe from deep space. In less than a year much of the human population has become infected. The government declares Martial Law and the top military brass, along with some “specially chosen” personnel, move to sterile underground bunkers under the guidance of General Wallace (Stacy Keach, Escape From L.A., The Longriders, The Ninth Configuration, That Championship Season).

Continue to the Future Fear page

WISH YOU WERE DEAD

IN THE DEAD OF SPACE