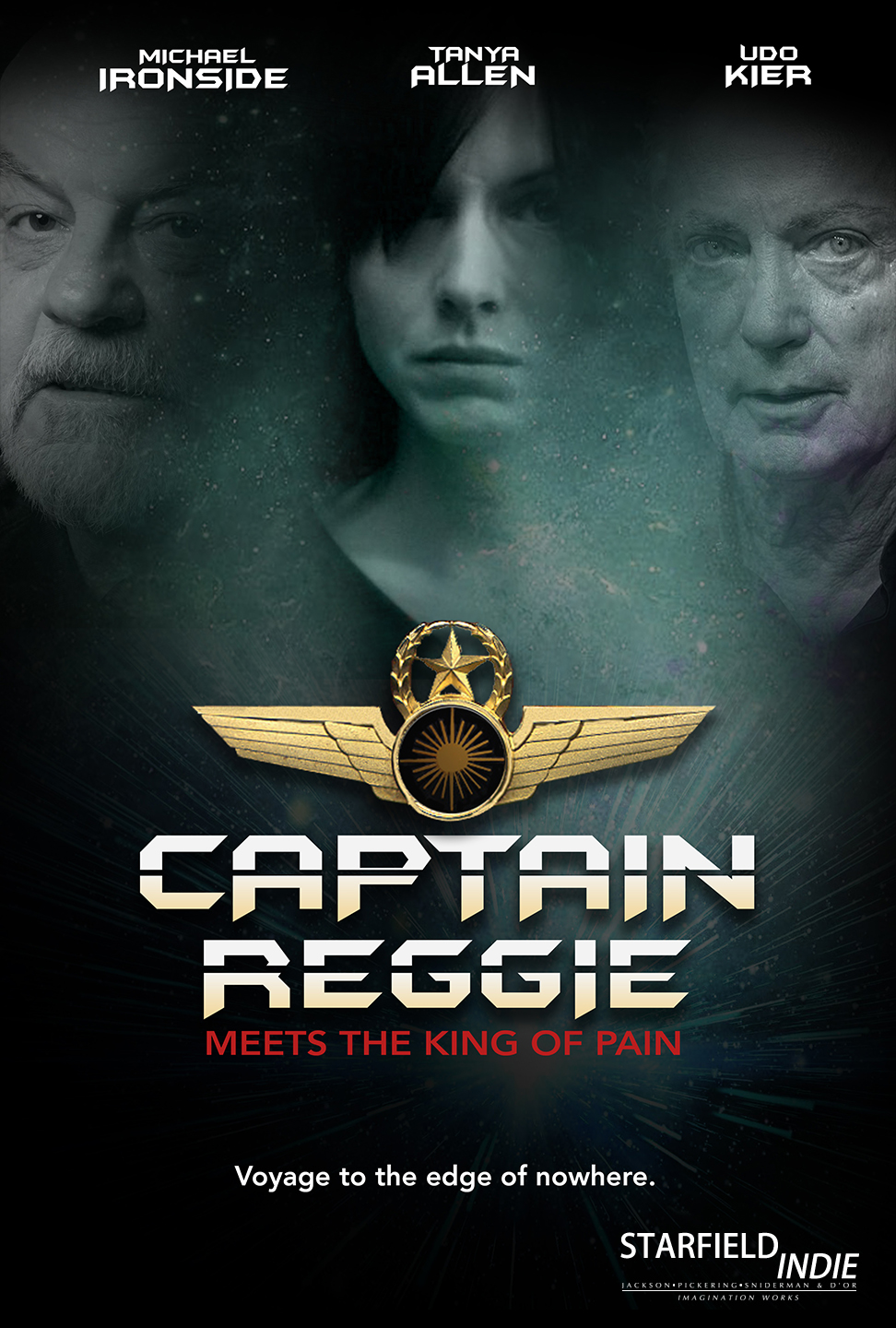 A starship captain with a stormy past must protect her crew – and her sanity – from a telepathic madman bent on destroying the universe.

A seemingly random disaster maroons the ship on the outer rim of known space, on a collision course with a hidden planetoid… and a dark conspiracy unfolds between Nine, Schull, and the mysterious experiment that dragged them so far from home. Captain Reggie must confront the pain of her past and present as Brother Nine wreaks murderous havoc aboard her ship, slashing open old wounds, new victims, and holes in space/time itself.

Caught between the past and potential futures, Reggie must fight a bloody battle against living nightmares… an existential struggle at the edge of nowhere, to prevent the undoing of the universe itself. 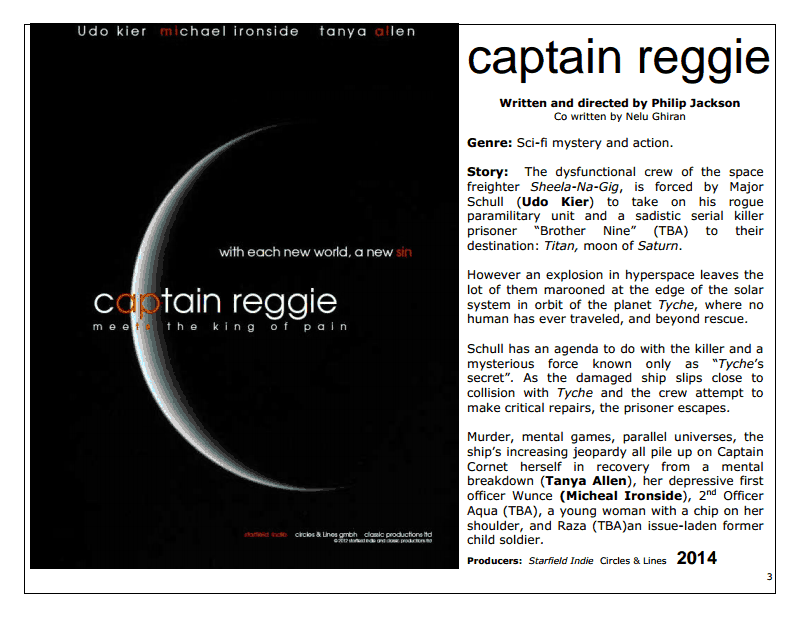 Webisodes and Shorts – extended story beyond the film itself, shot during production, extending and selling the world of CAPTAIN REGGIE for fans, and potential fans.

Ios/Android apps – Phone and tablet-based games designed to bring the action of Reggie’s world to fans, and potential fans.

Graphic Novel – setting the stage and expanding the world and its characters, for fans to discover and revisit.