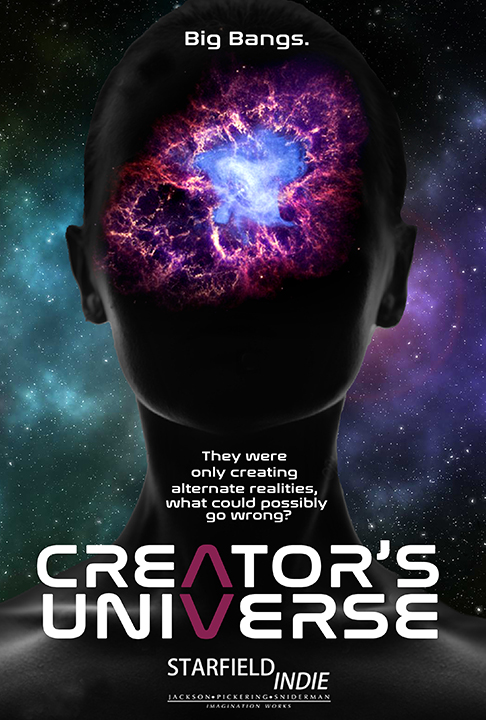 Creator’s Universe is a feature documentary about writers and the fictional universes they create.  Television, film, game and comic book writers guide us through the steps that lead from their initial idea to the final realization of a great franchise.  It’s a story of passion, frustration and absurdity.  It mixes high stakes drama and “I can’t believe that just happened” comedy. It’s about characters and situations that are better than fiction.

Creator’s Universe takes us from the origins of inspired ideas, to the pitching, development, writing, casting and production that births a new creative universe. Every step has nearly insurmountable obstacles and unique characters who either champion or thwart the creator’s efforts, like the supeheroes or trolls in a mythical story.

The twist at the centre of Creator’s Universe is a running metaphor that frames the story.  It compares events in the creation of the actual universe to events in the creation of a fictional universe.  The Big Bang becomes the moment when the idea hits.  The formation of the stars and galaxies becomes the genesis of the fictional characters and storylines.  Black holes are the internal doubts and external problems that suck the life out of a project.

Each of these events forms a chapter, introduced by a brief special effect and narration describing a stage in the development of the actual universe.  This brings us into stories told by the writers about their experiences in the equivalent fictional stage.  It’s a witty and humorous framework for the stories of hope, desperation and eventual triumph that lead to the creation of a universe.