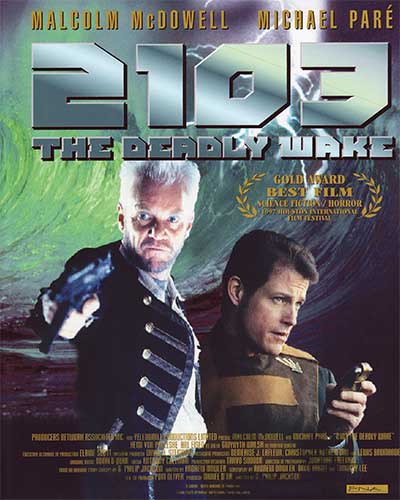 Proxate corporation recruits disgraced Captain Murdoch (Malcolm McDowell, A Clockwork Orange, The Philadelphia Experiment) offering him a new identity. All he has to do is complete one mission from the artificial island-state Proxate City, for his honor to be restored. His ship is a rusty futuristic freighter, the Lilith. It happens to be crewed by dysfunctional rejects, carries a large cargo of prisoners and covert military-toxic waste. At sea his problems proliferate: bombs, a prison break. Then a military secret, intended to be sunk with the ship, comes alive.

“Splendid acting by Malcolm McDowell and the rest of the cast…a strong plot and set up.”
Cinefantastique Magazine

Available world-wide, transferred from the 35MM to 4K widescreen.

Return to Back Catalog