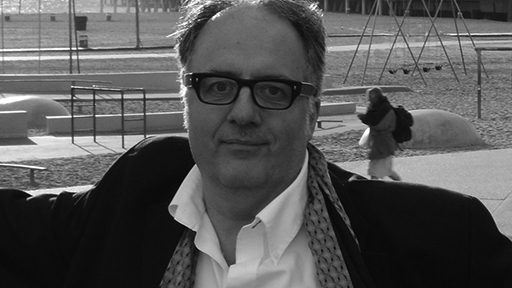 Driving the creative and commercial fusion of new content, helping the digital team develop new platform implementation of content outreach and effective transmedia, particularly in relation to its TV and Film productions.

Starfield Indie is a privately owned organization with a diversity of producing, finance and legal talent heading the management team. The company motto is “Imagination Works”, Philip and the Starfield Indie team are in an ongoing mission to keep that vision at the tip of both creative and commercial realms. This means investing in risk, as outstanding entertainment product has rarely, if ever, come from invention-adverse management.

Philip embraces producing work with an imaginative and challenging edge. So far – audiences embrace us in return.

About 25 full time people work on and off-site for Starfield indie in Toronto Canada, directly or by contract, another 5 people overseas. Philip encourages creative experimentation and growth from everyone from CGI Artists, to writers, and designers.

Properties include the just completed sci-fi series Starhunter REDUX (44 eps) and heading into Season 3 Starhunter Transformation (22 eps) the features that are the first three of a 15 part 5-year sci-fi Anthology series, including the Flagship Before You Kill Me, The Randoms and Rodax. 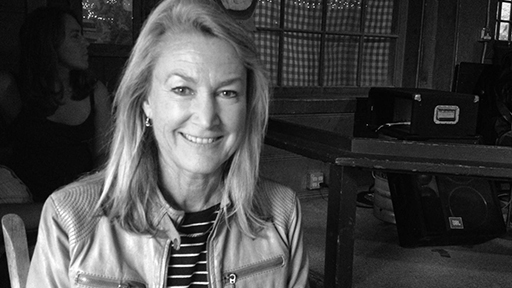 Lynda Cope is an independent producer of high quality features and top level consultant to European television. In 1989, Lynda was recruited to head up the marketing for Sky Television when they first launched in the UK.  In 2001 Lynda founded Accolade Films, a production company specializing in the development and financing of feature films and television programs. Lynda has exemplary relationships with companies across Europe and in South Africa, Canada and the USA. Accolade has been involved in a number of co-productions. Completed works include the France-Canada co- production C’est Pas Moi, Messages, Whaledreamers and Saul: The Journey to Damascus. 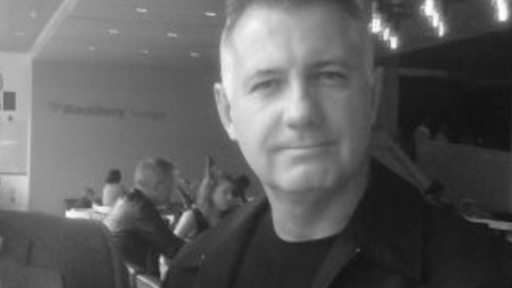 Peter Horton is a long proven writer/producer with 2 decades of experience in TV and film.

Peter wrote multiple episodes of Starhunter REDUX and served as Head Writer for the related series, Starhunter 2300.  He also worked in long-form, writing scripts for movies such as the award winning science-fiction film The Cusp (aka Falling Fire) .  More recently Peter wrote the shooting drafts of Life on the Line -with John Travolta and Kate Bosworth- and is the lead writer on the TV series Rio Heat (with Harvey Keitel).
In unscripted work, Peter wrote or story edited multiple episodes of Intervention Canada, Forensic Factor (A&E Biography), Crimes of Passion (truTV, W Network), Masterminds (truTV, History Canada, Global) and the science series Inventions That Shook the World (Discovery).
Peter has also worked as a producer and writer on a number of documentary productions.  Peter recently co-wrote the pilot and bible for the period series The Knights of Malta (Berkshire Axis Media, Grigal).
His sci-fi features Before You Kill Me, Prison Moon Io, and the scripted sci-fi drama series Augmented are under option with Starfield Indie with whom he colaborates closely.
IMDBEMAIL 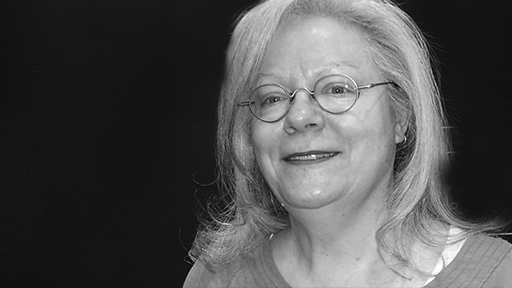 Demerise Lafleur has managed and administered business affairs on independent production companies for two decades, and is a producer on a dozen features.

Demerise began in the film industry in 1987, and by  1995 she was engaged by Starfield Indie precedent company Producers Network Associates Inc. to oversee the administration of international co-production closings including Dreambreaker, 2103 The Deadly Wake, and The Cusp.

When PNA evolved into The Danforth Studios, Demerise became their Business Affairs manager, working with the Producers on feature films and the tri-partite co-productions including the Canada-France-UK treaty Starhunter and Starhunter 2300 scripted dramas. Demerise has joined the Starfield Indie business affairs team to assist with its new slate of titles.

Mark Terry began working in Communications as a Unit Publicist in the early 1990s on such films as Strange Horizons (aka Project Genesis), Replikator, Silent Lies, The Man in the Iron Mask, Amorous Lives, George B. and StageGhost. He also served in this capacity for the television programs Lives Lived, Stores Told, Timestorm Theatre, Table for Two, Shop with Me and Today’s Talent Time.

In the early 2000s, he served as the Director of Communications for the film and television production companies Liquid Pictures, EnBlast Productions and Post City Productions in Toronto. He then took a unique role in Communications for Salon Films in Hong Kong liaising with local and international media on the company’s Permanent Installation project at the Hong Kong Museum of History.

In 2012, he served as the Communications Coordinator for the Faculty of Liberal Arts and Professional Studies at Toronto’s York University. At the end of this contract, Mark stayed at York as a graduate student earning his Master’s degree and pursuing his PhD. His project is a new Communications technology that serves as a data delivery system for international environmental policymakers. It was adopted by the UN at its COP22 climate summit in Marrakech, Morocco in 2015 as an official partner program. 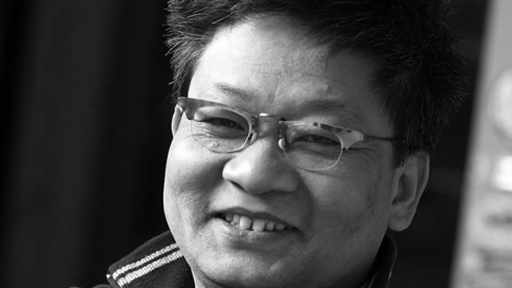 James Mou started his career as a Unit Manager in Hong Kong in 1983 and has successfully built an impressive reputation as an extremely efficient and collaborative Producer now living in Toronto. Skillful in budgeting, scheduling, casting and corporate sponsorships, James has been much sought-after, resulting in his participation of more than 50 feature films, hundreds of television episodes, numerous short films and many commercials.

James has worked across Canada and on various international co-production projects with countries such as UK, France, Germany, Italy, Japan, Kazakhstan, Mainland China and Vietnam to name a few. 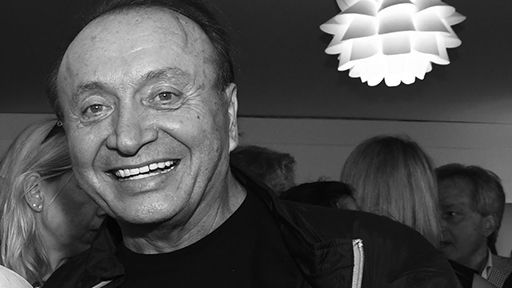 Drago Hasnas is an entrepreneur with a broad range of businesses and franchises to his credit. From his beginning days starting a Lawn-O-Mat franchise and to merging it into a greater entity to building the vast Emerald Lake Resorts and Water Park.  Over twenty-five years, he and his father grew the resort into one of the highest rated private parks (including a 5/5 rating by Woodalls). The infrastructure of Emerald Lake is the same size as a 5,000-person town, and  family friendly holiday community with many entertainment facilities.

Never one to be bored, Drago delved into developing other companies with passion-driven entrepreneurs. Some of these in relationship with the Ontario Small Business Development Corporation. Drago becoming one of a pro-active implementers of this program to the assistance of local entrepreneurs.

A former Business partner with the (late) Richard Sniderman (CFA), former CFO of Starfield CreatorCo, he is deeply trusted in the business community.

Among other entrepreneurial activities, he stepped up to assist with developing third-party VC funding policies at Starfield CreatorCo. 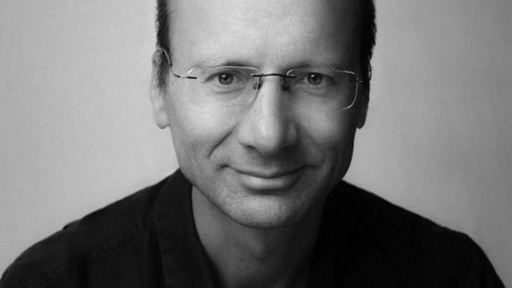 A graduate of Cambridge and Columbia Universities, Mark is a barrister and New York attorney. Mark has practiced in London and Paris in the international copyright and entertainment fields.  Mark is based in London, UK.

In the 1980’s Mark was at the BBC as the music copyright adviser (budget £16 million p.a.), and subsequently promoted to manage international co-productions including BBC TV’s first foray with a Hollywood studio, Twentieth Century Fox, of F. Scott Fitzgerald’s Tender is the Night (Mary Steenburgen, John Heard) a BAFTA and Cable Ace nominated success which sold in 62 countries.

In the 1990s as an independent producer, he specialized in award winning music documentary series including The Art of Conducting (BBC/SFB/Teldec), Royal Philharmonic Society Prize; Gramophone Award (UK), Diapason d’Or (France) “…the most fascinating programme ever made about classical music…” (The Guardian); The Art of Singing (BBC/ARTE/Warner Music/Idéale Audience).

From 1999 as Head of Business Development for VIDEAL GmbH, a Hamburg based media investment fund, he was responsible for co-financing some 50 US independent films. From 2003 he acted independently for VIDEAL productions while continuing to advise producers in the film, television and music fields.

Mark was a producer of the critically acclaimed director Sir Kenneth Branagh’s The Magic Flute, Mozart’s opera with an English libretto by Stephen Fry! Premiered simultaneously at the Venice and Toronto Film Festivals.

It had its US theatrical release in 2013 (Emerging Pictures) also on DVD, Amazon and iTunes. (“Branagh’s “Flute” is a joy. Visually, this “Flute” is exuberant…”) Los Angeles Times.

Mark is an Executive Producer of the Canada/Malta co-production Saul: The Journey to Damascus,  released  via eONE Entertainment. He is a member of the British Academy of Film and Television Arts (BAFTA). 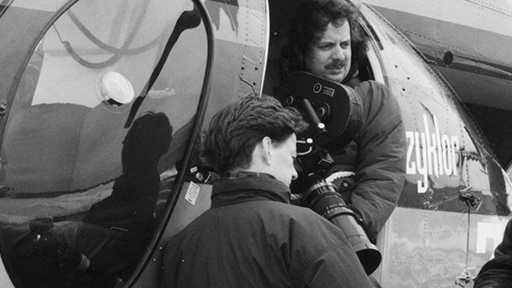 Daniel is a prolific Producer/Director with 30 dramatic Feature Film and scripted television and documentary features and series to his credit.

Television shows in his roster including 44 Episodes of the Sci Fi series “Starhunter REDUX” currently airing worldwide and in a new Collector’s Edition Blu Ray release in North America by the renown genre distributor SHOUT Factory! He is the creator and producer “Fraud Squad”, a continuing TV series depicting real life fraud cases. Daniel then focused efforts and expertise into innovative 3DTV production with several shows produced with Canamedia, often in co-operation with Discover. Daniel has an outstanding record of establishing long-term, profitable media and aviation related companies in North America.

He recently release the unique, astutely relevant Teens 101 and completed a unique feature Documentary on an unknown side of Prince, Mr Nelson through his own prodco which released the show exclusively in social media world-wide. Dan has produced and directed Emmy Award documentary series and is currently developing three theatrical features one with the involvement of Starfield CreatorCo. 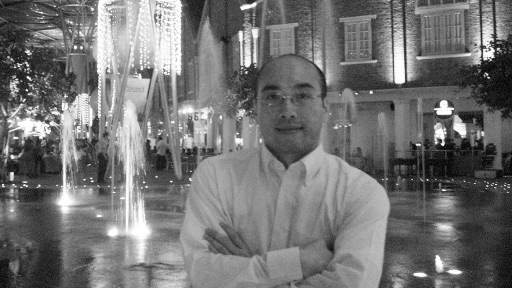 Henry Lam is based out of Hong Kong. His involvement in the finance sector began in 1995 when he joined Asia Securities Group. He cut his teeth under the personal mentorship of respected trader Peter Mou.

In the 200’s, Henry established his own Hong Kong-based private investment consultancy for select clientele.

This move meshed well with Henry’s personal knowledge of North America, and his long standing knowledge of international film and TV dealings.

Henry’s focus is on developing Western/Asian co-investment and co-production opportunities. He was in the past a consultant for diverse film companies including Toronto-based SpaceWorks Entertainment and FAST Motion Media.

Henry advised with respect to Pacific Rim equity finance in production and pre-buys for the Starhunter series. Henry represents Starfield on VC, co-production and brand placement opportunities in the region.

He represents Starfield’s broader interests in important regional markets such as the Hong Kong Film Market and MIP Asia.