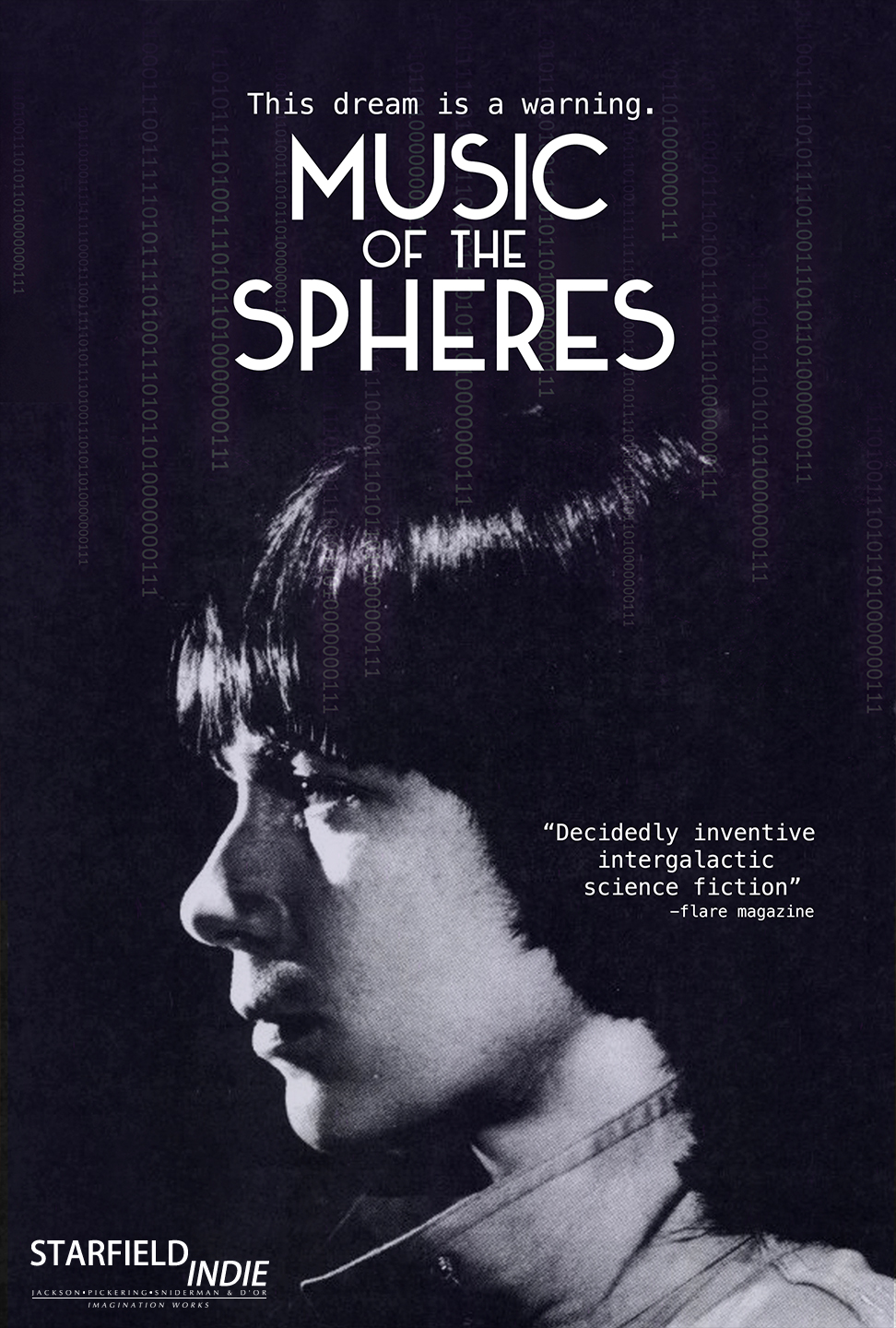 THE MUSIC OF THE SPHERES

“This dream is a warning…”

It’s 2017, not too long after the ecologically precipitated collapse of the super-powers. A bureaucratic technocracy arises from the ruins. This new society is dependent upon a conscious computer that accounts for the balance of ecology within the operation of the economy.

Melody is a psychic woman who shares her mind with a computer to give it a Human dimension.

As the film opens, the computer is controlling a space project to harness the sun’s energy. The project puts Humanity in an ominous conflict with alien intelligence. The alien communicates its warnings through the computer, but Melody alone is willing to interpret the warnings correctly. The conflict between man and alien intensifies and is experienced by Melody in ever-more fearful dreams until a final confrontation…

“Ambitious, Dansereau is convincing as the anguished Melody, and Brikmanis is cool and playful as the doubting Thomas.”
Devo
VARIETY

“Original, creative and packed with topical ideas”
THE CHRONICLE HERALD