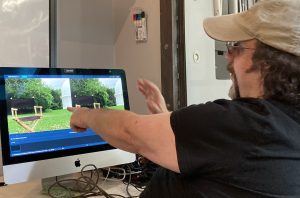 We have learned many process in doing upgrade and restoration work, starting with the deep knowledge and history in film, analogue and digital editing and effects work.

This came naturally as some of us grew up in post production – back when…   At the time we had to track and retrieve elements (this can take years and patience if the ownership and administrative history is as lost as those cinematic physical elements). Thus we  learned to work from damaged elements that had aged over time.

First we did it remastering our own back-catalogue,  on films going back to 1979 in super-16.  We had the pleasure of restoring -from old and damaged prints- the awesome Jackie Borroughs 1988 classic feature film and festival sensation Winter Tan. The restoration was premiered by TIFF in a special event at the Bell Lightbox and in Europe at the Edinburg Fringe.  This effort was followed by an equally successful  restoration and  relaunch of Clay Boris’s 1982 Cannes Director’s Fortnight hit Alligator Shoes .

We soon discovered that restoring old cinema involved more knowledge than just how the chemistry of old films changed and reconstruction digital pathways in film and TV libraries. The process could sometimes involve re-building evidence proving the legal exploitable existence of a picture as well.

Our legal (inside and outside go-to people and our business affairs were up to  Tracking paper in estates and university archives to begin, we’ve done it all, for ourselves and as a service.