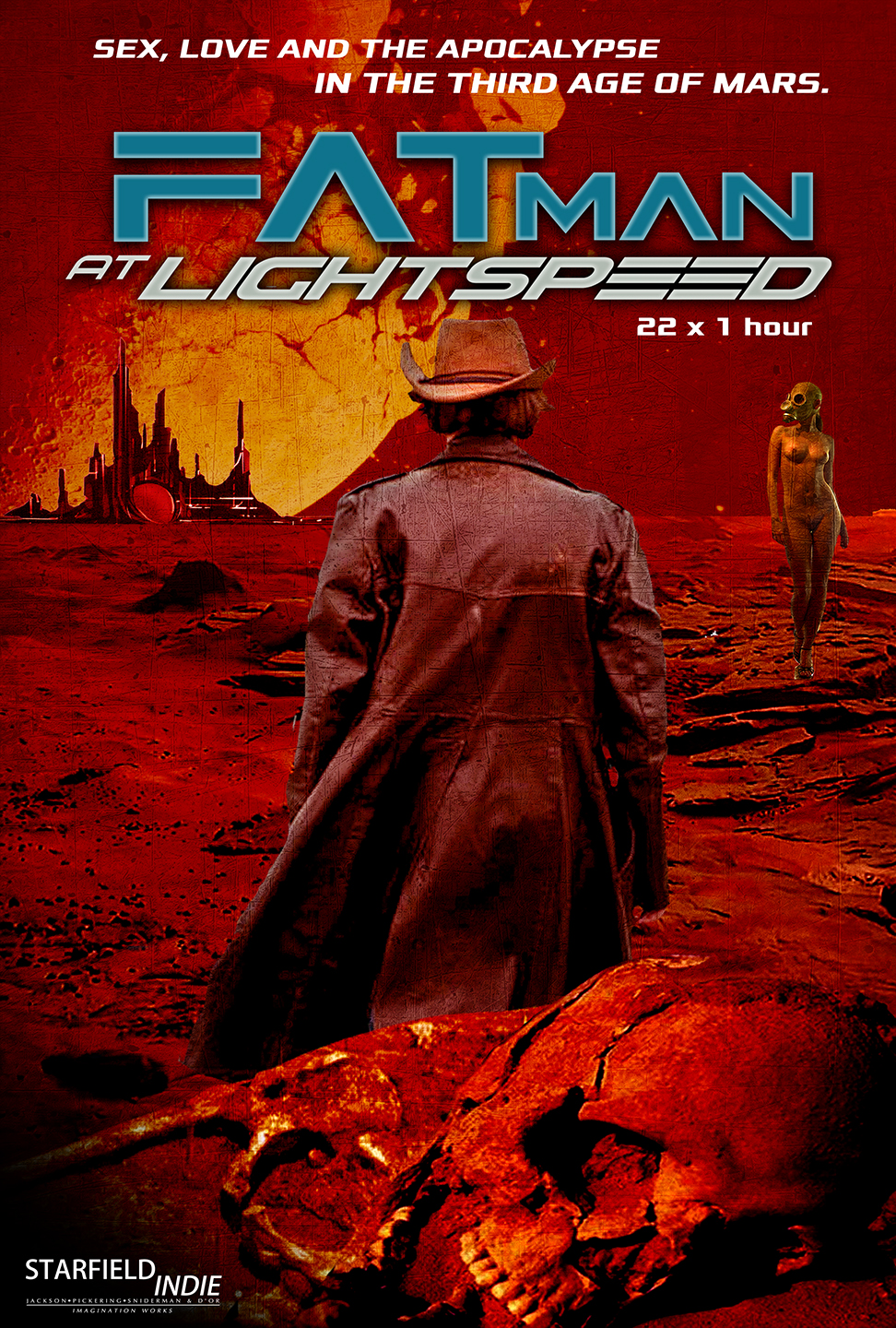 SYNOPSIS:
FATman at LIGHTSPEED is a turbo powered sci-fi series with a savagely comic edge. This darkly humorous multi-platform series unfolds on Mars some 600 years in the future. Much is different about such a time and place, but the dysfunctional family of Tedescu Jonezz, ex-cop and now independent investigator, will ring familiar with contemporary audiences. While their fragile world faces an onrushing unknowable galactic threat referred to as the ”Miasma”, the battling Tedescu clan obsesses about sex and drugs and who should take out the garbage.