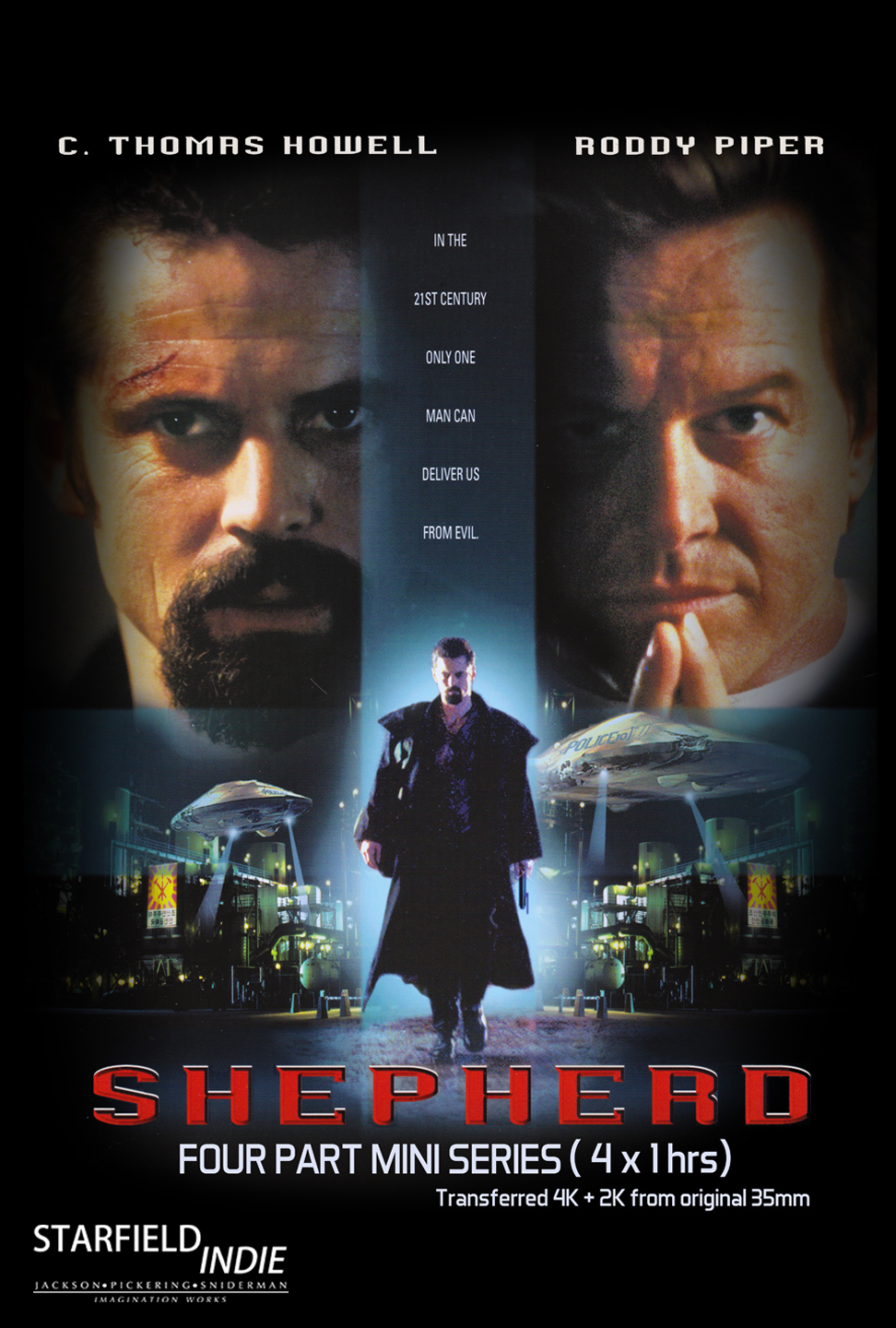 SYNOPSIS:
In a post-apocalyptic underground society ruled by rival religious cults, Dakota is working as an assassin, or “Shepherd” for The Church of Miles. He has been given an assignment to take out a female Shepherd from a rival cult, but balks at completing the task when he sees that his target has a young child. The two assassins and the child all find themselves being hunted down by both cults, and so decided to stick together as they run for their lives. Along the way, they encounter several other strange religious compounds, as well as random thugs living on the outskirts of society.
Producer: Philip Jackson and Dan D’or
Directors: Peter Heyman, Eli Necakov
Year of Production: 1998
Running Time: 4 x 1hr
Language: English
Format: transferred from the 35MM to 4K widescreen.
Status: Complete
Available Territories: Canada