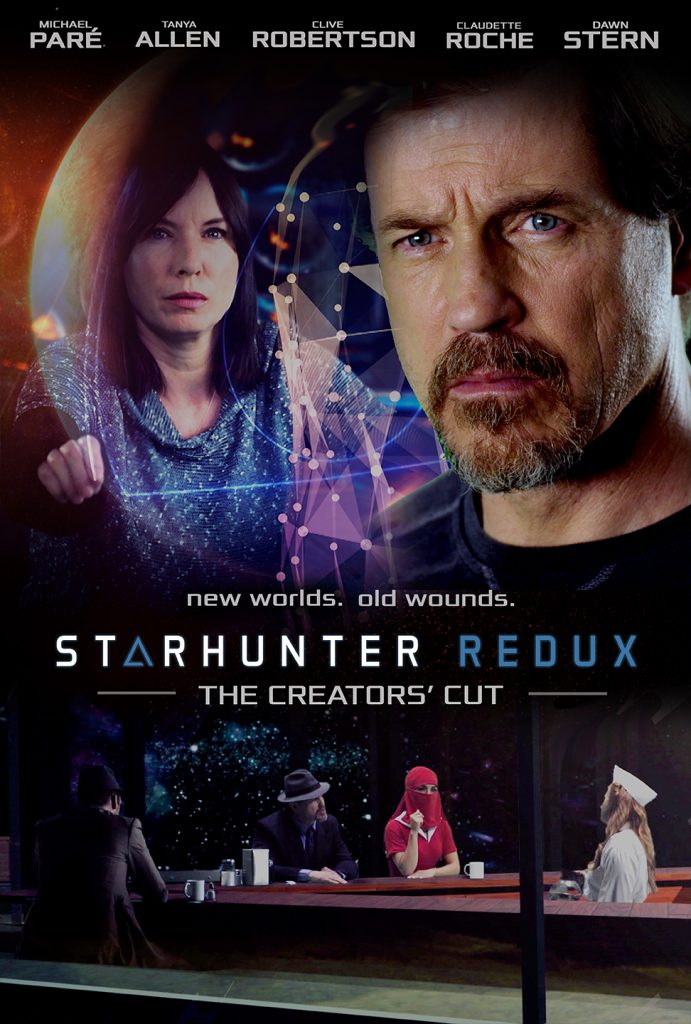 Starhunter REDUX is a new re-cut  with new current footage throughout the episode, over 3,500 new CGI Special Effects, music and soundtracks. This much loved  cult, if underexposed, sci-fi series is newly available in HD and newly Blu-Ray formatted.

It’s a time when humans have spread across the solar system, colonizing planets and building new worlds. Rule of law has broken down on this new frontier, leaving justice in the hands of dangerous men and women who offer their services for hire.

The series follows bounty hunter Dante Montana and his crew, who hunt criminals in deep space while searching for Dante’s lost son who was kidnapped by Raiders years ago. The crew also struggle with their tormented pasts as the universe changes around them in ways yet to be understood.